This was our first Family Fun Day since we went into lockdown last March. And it showed when the slots sold out in a record 30 minutes! And it did not disappoint. We’d booked an outdoor event so that everyone could relax a little bit more and crossed our fingers and toes for good weather. After the miserable few months of rain that we had had, I wasn’t hopeful so it was a lovely and pleasant surprise when the sun came out and graced us with its presence for the day. In fairness, I don’t think it would have mattered. Over the tables was a large canopy that would have deflected any rain and the trees where the activity took place sheltered the ground underneath. Which was a good job as we were introduced to the local folk living there – the Swilligogs!

Paul, who showed us all around, told us that the Swilligogs have lived in the forest for hundreds of years but that there was a problem and they had left. It was up to us to see what we could do to help. We eagerly followed Paul around who managed to keep all the children engaged with his enthusiasm and story telling and along the way we accepted challenges to help return the magic to the forest. And of course, at the end of the trial we were rewarded with the wonderful sight of Swilligogs frolicking (there was definitely frolicking!) in the woods.

Then it was back to the camp to have a go on the tree swing, sample the yummy cake with a drink before we lit the campfire and every child had a go toasting giant marshmallows on the campfire. They even had vegetarian marshmallows which I snatched a couple of (had to be sampled!)

As we were leaving, my youngest also decided she needed the toilet…We had been doing so well….But it couldn’t be helped…there was nothing for it. There was the option of ‘watering the trees’ as I call it or we could try the Compost Toilet which I had heard tales of. We opted for the compost toilet on the premise that the Swilligogs probably wouldn’t appreciate the other option. And it was great! Having being to a few festivals in my time, my experience of outside toilets has been somewhat scarred… I was at least expecting a smell but there was nothing. It was a perfectly decent toilet. It threw the little one that there was nothing to flush and that you had to put a cup of sawdust down instead but she was fascinated with that. And even better, when we got out there was a tap and soap. So, as far as weeing in the woods goes – it worked well!

But the absolute best thing about this event was that we were together again. It was so lovely to see faces that I hadn’t seen for so long and I was in shock and awe about how much the children have all grown and changed since the last time we were together. Still 100% amazing though.

What the families say:

“Thanks so much Little Hiccups, Sam absolutely loved his adventure with the Swillygogs this morning

“Thanks for a fab morning! I hope the Swilligogs have recovered!”

“Thank you so much for a wonderful morning in the forest.”

“Thank you Miriam and the Little Hiccups team. Kody had a fab time. The first event where he’s really got involved… think he made up for the last four years! The green moon guys were amazing, he’s enjoyed it so much we’re heading back on Friday for the pantomime!”

“Great morning out, great to see everyone – thanks for organising.”

This Green Moon host a variety of events for adults and children from parties, school trips to weddings and outdoor cinema events. It’s definitely worth a check out. They also have an award winning organic farm. You can view their website here: https://thisgreenmoon.com 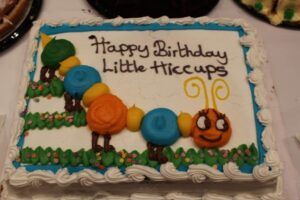 It’s Little Hiccups 9th Birthday this year and we invited[...] 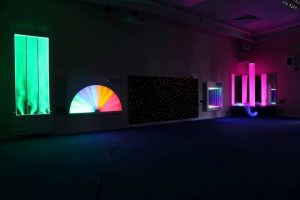 Following the latest Government announcement on the National Lockdown, it[...]

Following the Government announcement, it is with deep regret that[...]