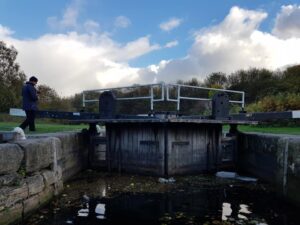 So for a little while now, one of our Trustees has been trying to get me to book a Little Hiccups trip on canal boats run by The Safe Anchor Trust in Mirfield. He had been to one of their Open Days and was blown away by what he witnessed. This year we finally organised it and are very glad we did! 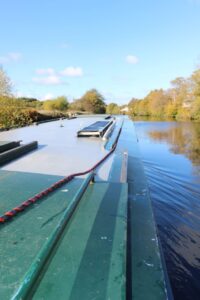 After a lot of emails back and forth, the very patient volunteers at The Safe Anchor Trust managed to answer all my questions (sea monsters were queried at one point but I was reassured that there were none in the canals). We finalised our trip for Oct 28th and I opened up bookings.

There was a smallish issue on the week of the trip in that one of the boats ended up with a broken part and from two trips with three boats we had to change to three trips with two boats. One of these boats was still able to take wheelchairs so we were good to go!

The boat trip was certainly on a beautiful part of the River Calder and we managed to take many scenic pictures and spotted a variety of wildlife on the river. It was peaceful and relaxing but never boring. The roughly two hour trip managed to hold the attention of adults and children alike and both were also allowed sit indoors or outdoors or to even have a go at steering. My boy in particular was thrilled to be able to steer a boat and even managed to manoeuvre it through a bridge without crashing into the sides. Something I was quite pleased about! 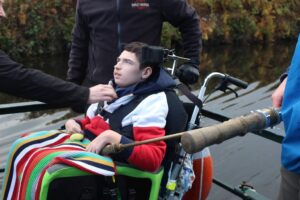 The impressive thing about the canal boats at The Safe Anchor Trust is their accessibility and this is why we were able to join them for the day. They had a lift to allow wheelchairs and pushchairs into the boat and the toilets were fully wheelchair accessible. The lift also gave the children access to steer the boat as well if they wanted to. No child was left behind!

The canal boats also went through a lock which allowed the families to see how one works close up and personal and for the more mobile there was also the opportunity to have a go opening and closing the lock gates too. Again, my children jumped at this possibility and they absolutely loved pushing the large wooden gates open and closed and watching the boat rise to the level of the next bit of canal. 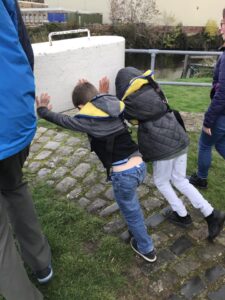 The weather was a bit hit and miss on the day (but considering it was late October we were very lucky still). The little group I was on with during the first trip had a crisp but sunny October morning. The next group I believe had just rain! From the feedback and the pictures however, it didn’t seem to dampen any spirits and it seemed to be a trip that was much loved. Sometimes, its just nice to slow down once in a while it seems and enjoy the moment rather than seeking the thrills.

A massive thank you to all the volunteers from Little Hiccups to the Safe Anchor Trust who did this free of charge. Little Hiccups donated all the ticket fees straight to them to help fund their charity and I’ve plans for a return trip in the summer one year. Picnic by the canal anybody? 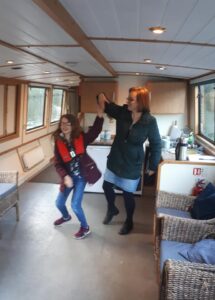 “A great afternoon spent on the canal and River Calder. Thanks to Little Hiccups.”

“What a lovely fun afternoon on the canal. Thanks again Little Hiccups for another fab trip!”

“Thank you once again Little Hiccups for such a wonderful trip. What a lovely way to spend a Sunday afternoon, despite the rain!”
“The rain didn’t stop play what a trip thank you”
“Thank you Little Hiccups brilliant day on the boat xxx”
“Thank you so much. We loved our adventure on the canal boats.”
“Before we embarked onto the Lady Rhodes, Nathan got quite distressed because he had to wear a life jacket, but on the narrow boat itself, he “loved it”, and even had a little go at steering, and mum even had a go, and didn’t even crash the boat lol! “So all good!”” 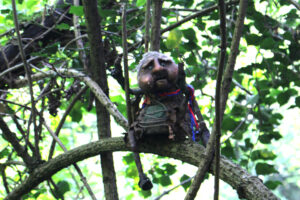 The Swilligogs have lived in the forest for hundreds of years but that there was a problem and they had left. It was up to us to see what we could do to help! 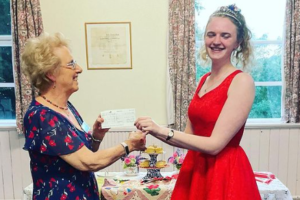 Imperial Quilters is a quilting group in Huddersfield who meet[...] 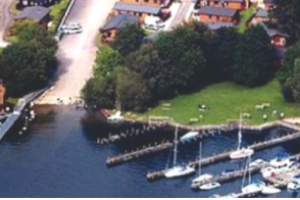 Wonderful News! Little Hiccups are pleased to announced that we[...]