Throwing the families in at the deep end…

Home » Blog » Throwing the families in at the deep end…

Throwing the families in at the deep end…

Our event on the water at Yeadon Tarn was I believe, one of our groundbreaking events. We had a number of children trying something that they have never tried before. Little Hiccups believes in No Limits and making sure we fulfil this motto is important to us. We strive to challenge the children to learn what they can achieve – and of course to have a LOT of fun in the process!

The idea of going on a boat was challenging to some but after a lot of consulting with the sailing team at Yeadon Tarn we decided that this was a must for us to try. It wasn’t for everyone – one of the children in particular was not impressed by the boating – but the point is that he tried! And he did it. He achieved something that day and we’re proud of every single one of the children that were there that day.

We had a couple of new families at this event. It seems that there is nothing like throwing people in the deep end! (Pun intended – groan, yeah I know – sorry!) And one of my favourite things about the day has to be the friendships that were formed in those few hours together. A few of the children really melded with each other and a couple of friendships were created, with phone numbers being swapped. If that isn’t a success I don’t know what is. Little Hiccups is ultimately about families supporting each other and this day was a true testament to that.

The team at Yeadon Tarn gave us a go on the rafting canoe, bellboats and the Wayfarer. Even Jack who needed full support on the boat managed a sail in the Wayfairer as there is a sling available to hoist him into the boat. He was made comfortable in a beanbag and off they went. Jack, I was told, absolutely loved it. His mum – not so sure as they managed to get some speed up! 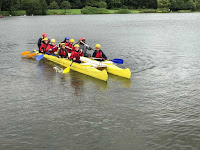 For those taking a turn off the water there was a chance to have a go at caving. I unfortunately didn’t get any photos of that but I heard a lot of raving reviews from the children heading in and out. The caving experience at Yeadon Tarn is a man-made cave with a ball pool in. Pretty exciting stuff!

The surroundings were also beautiful and as we were so close to the airport we were treated to planes landing and taking off periodically – which is always exciting.

“Just wanted to say what another successful day it was today at Yeadon Tarn. Really enjoyed it. Even though Bailey wasn’t a happy bunny today we are thrilled that he got to try something he’s never done before!!”

“Thanks for an awesome day!”

“Thanks for a great day”

“We all survived. What an awesome morning.” 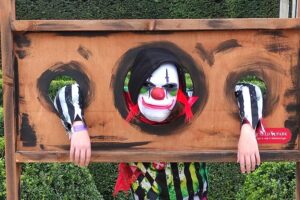 A Spooky Trail at Stockeld Park

What else to do in to entertain the children in[...] 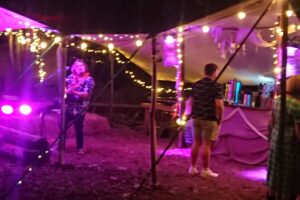 Taking time out for the adults!

It was a gorgeous evening Continuing our trial of adult[...] 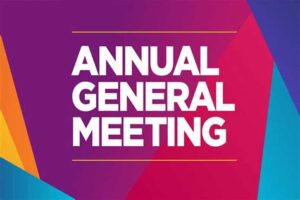 Come and make a difference at the Little Hiccups AGM