Magical Storytelling at The Rainbow Factory

Little Hiccups booked The Rainbow Factory exclusively for Little Hiccups’ families for a visit as we all needed a little sparkle in our life this cold January month. It has been 2 years since our last visit but we were not disappointed. The warmth of our reception took us straight back to our last visit and it was like we had never been away. The staff are so enthusiastic and you can tell that they truly love their work – a fact that absolutely shines through to the children who are completely captivated by the entire session. I had wondered if my two at 8 and 10 were too old for this event. I needn’t have worried. The 8 year old in particular was so heavily involved in everything during this event that it was hard to get him home and in the car on the way he declared that he wished he could stay!

Our adventure started off travelling through Magical Woodlands where a variety of magical creatures lived. The models as always were so incredibly detailed you can get lost in each scene imagining the story behind it. You can half imagine that they move every time you turn around and that the stories are played out each night once the doors are closed to the public.

Once through here we were treated to a highly interactive show by two very talented actresses. The children (and adults – lets be honest!) were kept interested by the enthusiastic storytelling and acting as well as their ability to involve the children in the storytelling. It wasn’t a case of the children having to sit quietly and watching.  Instead they were highly involved in an exciting story which encouraged audience participation – The Rainbow Factory certainly know their clientele. It certainly helped to keep their attention long enough to allow the majority of adults to sneak away and be treated to a buffet dinner and hot drinks which hopefully gave them a well earned 5 minutes rest!

After the theatre, the children were taken to the Creative Kitchen where playdoh, colouring or sticky Fairytale themed activities were available for everyone to get stuck into. Once all this was completed, it was their turn for food and they were then treated to sandwich platter dinner and drinks which was quickly devoured before home time.

“Thanks Miriam and co for another lovely event xx”

“Thankyou so much for a “magnificent” afternoon (his words!). It was magical! I have one loved up young man right now.”

“Thank you. What a magical afternoon xx”

“My 17 month old was also absorbed by it all. I cannot believe he sat so still. It was a lovely, fun day. Thank you” 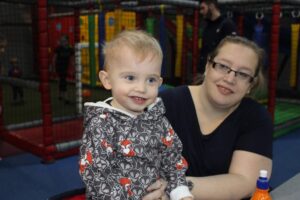 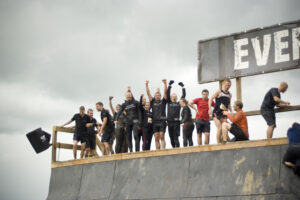 Thank you for sponsoring a Hiccups Conqueror!