The Rainbow Factory is an interactive storybook play centre which draws on themes from well-known books and fairy tales, bringing traditional stories and modern literature to life. Immersing youngsters in a world of adventure and fun.

So when we received a call to assemble the Little Hiccups Superheroes at The Rainbow Factory and we have so many we replied with gusto!

Someone had been causing trouble at The Rainbow Factory and so the heroes needed some new recruits to help them figure out what’s going wrong. Before the children can join the Superheroes, they needed to complete superhero training.

After the introduction to the Superheroes; Batman and Wondergirl the children got tucked in straight away with Superhero training where they learnt to sword fight and balancing techniques and also making their Salt Dough Superhero Emblem. There was also a place to design and make shields and masks or if their fancy just took them there, to have a go at some colouring.

We then took a break for lunch but also to celebrate some of our own personal heroes. We’ve had several children who have battled their own personal challenges this year to fund raise for Little Hiccups. We wanted to show them how grateful we are and how better than to award them with their own Superhero trophy presented by Superheroes! At this event there were four children being celebrated although one was unfortunately ill on the day (we’ll catch up with that Superhero when he is better!) and if you want to celebrate their achievements you can read what they have done in this blog here.

After lunch was the Gadget Show where Batman revealed his Science experiments that were needed to help fight the villains. We learnt Mind Control and how to make lava. All good skills in life!

We then went on and went on a Hero Hunt for a giant diamond which was very well hidden in a secret place! I won’t reveal where so as not to ruin it for other children but even Batman was a little wary of retrieving it.

We also made Hulk Pudding Cups which certainly gave the children a lot of energy! They were also yummy and a lovely treat for the children.

After the gadget show the Joker appeared and the children realised that it was the Joker causing all the problems, however he wants to sway the children to become villains. Not our children though!  For the finale, the children had to decide if they wanted to be heroes or villains. Our children of course chose the side of right and the Joker was captured and Batman used the foam machine to capture Joker and wrap him in a chain for photographs.

“Kids had a fantastic day thank you”

“Kids loved it today so did we grown ups. A nice relaxing, family friendly day.”

“Kids had a fantastic time today! Thank you! It was fantastic x”

“Leo is having so much fun, thank you Little Hiccups”

Its been the kind of year that humbles a person. We may only be only part way through our fundraising year, but we’ve see bravery, determination and generosity from so many people as they have come forward to fund raise this year. We think you are all Superheroes.

However, we’ve been amazed by some very special individuals. Children from Little Hiccups have come forward to beat personal challenges and fund raise for us as well. While at the Rainbow Factory we wanted to acknowledge them and let them know that they are our Real Life Superheroes. We presented them with a trophy as a thank you.

Find out more about our Superheroes below:

Following one of the toughest years, battling with evil Epilepsy, Jacks health took a massive dip last year. Barely making it out of the house, he missed out on so much. We aren’t out of the woods yet and still take each day at a time but we are aiming to make this summer count!

Little Hiccups came about because of Jack and this year we are celebrating our 10th Anniversary. In honour of this, Jack will be attempting 10 Days Out. Being well enough and having the stamina to cope with the journey and sensory experiences, plus completing an additional 5 tasks!

Our son Lennie is 6 years old and has Cerebral Palsy (amongst other interesting diagnoses) as a result of being very premature.

He is unable to stand or walk independently and his arms and hands are also mildly affected – he struggles to hold a pencil properly for example.

In spite of these challenges, he is learning to play the piano. He has always loved music and his interest and talent is growing all of the time.

Little Hiccups is a charity close to our hearts. It is a parent led charity which offers amongst other things the opportunity for kids with disabilities and their families the chance to engage in exciting adventures with others that also understand how hard life can be. Examples include indoor skydiving and skiing – no disability is too complex for children to have a go at the activities.

Lennie and I are fundraising for Little Hiccups along with many other families. Its their 10 year anniversary, and therefore Lennie’s challenge is to learn 10 new songs on the piano /keyboard.

Please consider sponsoring him – it takes a huge effort to sit, focus, concentrate and control his muscles enough to play. You can either donate one amount or small amounts after each song learnt. I hope you enjoy following his journey and give whatever you can for such an amazing charity.

Aiden will be doing 10 walks in 10 parks over the year. Pictures of all walks will be taken and posted for everyone to see in Facebook.

Aiden was born with a condition called FIBULAR HEMIMELIA and had his right foot amputated at 13 months old. He only started walking unaided at 28 months (He will be 3 in July) using his prosthetic leg he calls PETER. He still uses a toy pushchair or his shopping trolley to help him get about when needed, as he becomes very tiered very quickly and starts to fall over.

However we intend for him to walk a minimum of 10 minutes in each park unaided.

Callum
Callum was born at 34 weeks weighing just 3lb, despite his weight he was perfectly healthy and was discharged from hospital aged 16 days old. Having Callum changed my life more than i could ever expect and i was getting used to been a mummy then my life was turned upside down again when Callum had his 1st seizure at just 11 weeks old. After a few months of tests we finally had a diagnosis of epilepsy. He had seizures daily and could have as many as 25 a day. Because of the seizures his development deteriorated and regressed. We spent 4 weeks in hospital trying to get his seizures under control which luckily finally happened and was told in that time that Callum wasn’t expected to make it past 1 year old and that if he did he wouldn’t be able to walk or talk. He has overcome every single obstacle he has been faced and is the liveliest 5 year old you can meet. He is waiting a diagnosis of ASD also which is linked with his gene deficiency. He really is my superhero and makes me proud every single day. 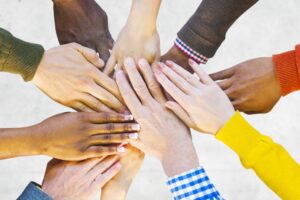 What we do: Outreach

Little Hiccups is a support network for children with a[...] 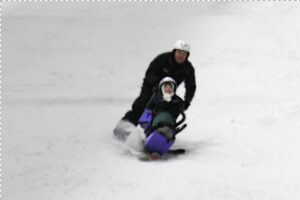 James modelling the Sitski It all started when I ran[...] 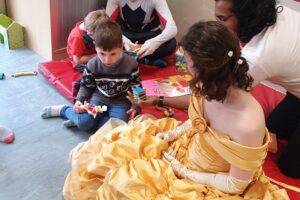 Make a Smile visited us at Stay n Play

And like the first time they came, they made all[...]