A group of ‘Star Wars’ enthusiasts who dress up as bespoke characters from the films has raised an incredible sum of money for a Leeds based charity during lockdown.

Sentinel Squad UK was founded by Mark McFarlane back in 2013.

The group is solely a Star Wars character group which raises funds through attending events and fundraising in shopping centres and on the streets.

The members make their own costumes from scratch out of their own money.

Mark told the YEP that 100% of funds collected goes to their chosen charity each year and their only pay off “is the gratitude” of their recipients.

Their most recent chosen charity was Leeds based Little Hiccups – a support group that has been set up by parents who have children with additional needs and disabilities.

During lockdown, the group raised an incredible £23,247 for the charity after hundreds of hours of relentless fundraising.

Speaking to the YEP, Mark said: “Although all charities should have some support across the UK I feel that Yorkshire based charities helps the funds and donations collected from the Yorkshire public helps it stay within the community. “

The group currently has more than 80 members with a variety of costumes.

Members dress up as characters including Emperor Palpatine and Darth Vader.

Mark said: “People’s reactions vary, some are transported back to their youth and immediately start to fanboy/girl but some folks can seem little frightened.

“After all, Darth Vader is listed as the N⁰1 villan of all time.

“Overall, the public love to see us and grab selfies, group photos or the most coveted of all Wookiee hugs.”

You can read the full article here: https://www.yorkshireeveningpost.co.uk/news/people/star-wars-character-group-raises-incredible-sum-for-leeds-charity-during-lockdown-3390885 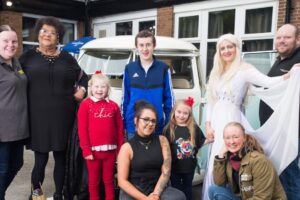 Fundraising Fair at the Parnaby Arms

Connie and her family have been part of the Little[...] 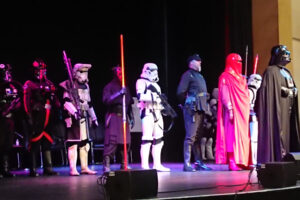 Wuuaaggghhh! It was certainly with us last Sunday when we[...] 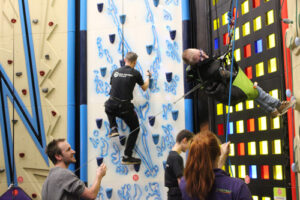 Little Hiccups set out with a team of Fundraisers to climb the Yorkshire Three Peaks and I'm pleased and proud to announce that we smashed it!