The below was written by Rob Heckman for a Spanish publication. Rob is the son of Vince Heckman who is the very kind gentleman who bought an donated a Kangoo for Little Hiccups before even meeting us! It goes to show that there are some truly amazing people in this world and I’ll be honest – I meet a LOT through Little Hiccups. I think you’ll agree that the article below is well worth a read! And many thanks to everyone who helped that day as we raised over the fantastic amount of £1200. You can read more of the Million Steps Challenge on our website at: http://www.littlehiccups.co.uk/millionsteps

“Social media is often portrayed as a negative aspect of the modern world. However some good can come from it. A year ago, we started to help out an anti-knife crime charity called Billy’s Wish that was organised by a close family friend whose son was tragically murdered. After working closely with the charity, our friend Paul Dove introduced us to another friend of his that had helped organise a day of football activities to fund raise for Billy’s Wish, Brendan O’Connor. We became very close friends and thanks to him we became aware of another charity named Little Hiccups which is based in Leeds and aims to help children with special needs and disabilities.

After hearing about this charity and what the mothers and children have been through, we felt the need to help out and support their cause. First of all we made a donation to the charity however after reading about a special needs buggy called a Kangoo, we decided that we would buy and donate a Kangoo buggy to Little Hiccups to give the children the opportunity to go places where no other buggy can go as the Kangoo buggy can be taken on terrains such as sand, woodland and even snow! It can be converted into a car seat and it also securely straps the child in so the mother can even travel down stairs putting the child at no risk.

After much talk with Brendan O’Connor, he informed us that a friend of his named Antony Newby was organising a fund raising event in Leeds that consisted in over 250 people running up 1,000,000 stairs. After much preparation, the day finally arrived and professional boxers such as China Clarke participated in the challenge along with everyone else. The target of a million stairs was completely smashed as the final tally that was counted was 1,219,786 stairs in around 6 hours! During this event, there was also the presentation of the donated Kangoo buggy to Little Hiccups. Former boxing world champion John H Stracey was kind enough to not only present the Kangoo buggy to the charity, but to also donate a signed photo collage of his career to help raise money for Little Hiccups.

After this chain of events helping out Billy’s Wish and Little Hiccups, us as a company have come to realise that there is a positive side from social media due to the fact that without it, we would have most likely never been introduced to Little Hiccups and therefore, we would have never been able to help out these two charities that our close to our hearts.

For any details on how to make a donation to either Billy’s wish or Little Hiccups, please follow the web addresses below.
http://www.littlehiccups.co.uk/
http://www.billyswish.co.uk/” 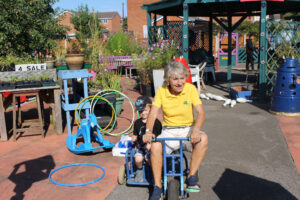 Back at The Growing Zone

It has been several years since we have visited The[...] 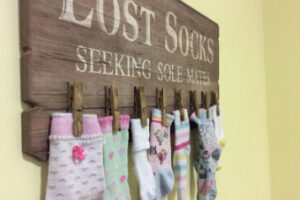 It was a cold, wet and generally miserable day. I[...]